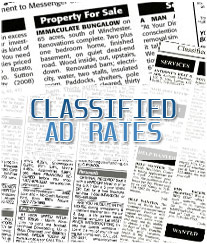 Check out current applicable Classified Ad Rates of Inext from the table for various editions of Inext Newspaper. The rates mentioned are in Rupees for 1 square centimeter. There is difference in rates if you wish to place your ad on Front Page, Page 3 or Inner Page Position for Classified Ad in Inext.

You can also download Inext Advertisement Rate Card which is available in Pdf & Excel format. We offer Special Discount for Classified Ad on the above Tariff Rates. Get a Free Quote for Classified advertisement in Classified Newspaper. Send your requirement to response@bhavesads.com.

Get a Quote for Classified Ad in Inext Newspaper

Inext Classified ads generally fall into two types: individuals advertising sales of their personal goods or looking for Bride or Groom under Matrimonial, and advertisements by local businesses. Some businesses use classified ads to hire new employees for their organization.

Classified advertisements in Inext newspaper are typically short and are in simple text, as they are charged by Line, and are one column wide. Cost of Minimum 25 Words Ad is accepted for Inext Newspaper. And there is extra rupees charged for every extra Word.

There is also limitation to the maximum Lines accepted in Inext Classified Column. You will know that while booking the ad online.

One issue with newspaper classified advertising is that it doesn’t allow images, even though display ads, which do allow images, can be found in the classified section under Classified Display Option but these ads are costlier as they are charged per square centimeter.

Inext offers some enhancement option for Classified Ads. You can opt for extra enhancement like bold text, adding background colour or a tick mark at the beginning of the ad etc., but this option can be taken by paying extra premium rate.

Give Classified Ad in Inext for Following Locations

Please choose the category from the displayed list and following the online booking process to get your ad published in Inext Newspaper.

Here is how you can book Classified Ad in Inext: